The search box above will search the Abstract, Keywords and Companies Mentioned and return any issues matching all of the values entered. 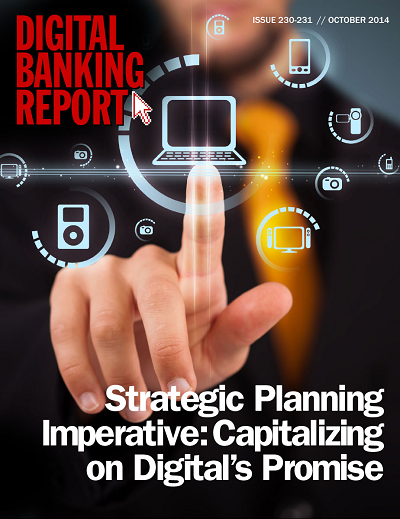 Financial institutions around the world are exploring ways to respond to the needs of a changing consumer universe that is more mobile, more digitally adept and more demanding. In an effort to overcome legacy processes and technologies, banks and credit unions are converting to a more digital business...[more] 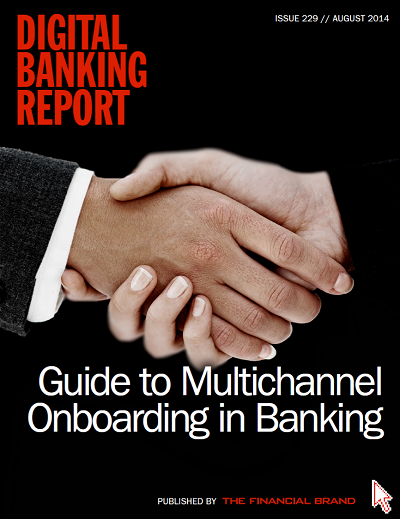 THIS IS A FREE SAMPLE EXCERPT of Digital Banking Report Issue 229. This is the first 15 pages of a 59-page report. The full report is available for purchase here. New customer onboarding is one of the most effective sales strategies for banks and credit unions wanting to improve...[more]

Guide to Multichannel Onboarding in Banking

To meet the needs of the digital consumer, it is more important than ever to provide the tools needed to open accounts, onboard and cross-sell both online and with mobile devices. These digital stages of the customer journey need to be seamless, integrated and multichannel, with the elimination...[more] 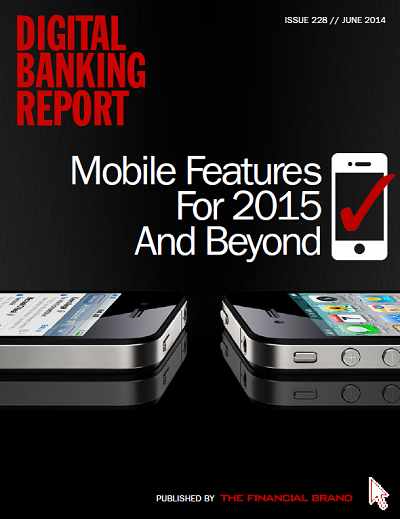 Mobile Features for 2015 and Beyond

Remote deposit capture transformed mobile banking by offering something not available elsewhere. Here’s a look at the advanced features that make the mobile UX superior to online. ** This is a republication of OBR 228 under the new Digital Banking Report format. Content is essentially unchanged **[more]

Remote deposit capture transformed mobile banking by offering something not available elsewhere. Here’s a look at the advanced features that make the mobile UX superior to online.[more]

One of the biggest debates in banking today is the role of the branch. And especially its significance in new account opening. Many analysts, this firm included, see remote account opening as a better experience for the customer and potentially much cheaper for banks (thought it requires downsizing...[more]

The biggest story in payments the past six months has been the rise of Bitcoin. If you believe the proponents, we’ve been witnessing the founding of the “internet for money.” That may be true, but like Napster when it created the “internet for music” there will be substantial...[more]

Much like the other banking technologies that proceeded it, security perceptions surrounding mobile banking have taken a familiar route. While early adopters rush in, others remain skeptical, often citing security concerns for their lack of adoption. While users of mobile banking are now fairly confident about its security,...[more]

In this report, we look at online/mobile banking and billpay usage in the United States, both past (back to 1994), present, and future (through 2023). Year-by-year projection are provided for the following online products and services: Checking/deposit account access Peer-to-peer (P2P) lending Mobile access Loan/credit card access Account...[more]

There is no other issue that ignites our passion than the lack of attention paid small- and micro-businesses. There are many reasons why this segment continues to fly under the radar of mainstream banks. But with digital delivery, “cost to service,” is no longer a valid excuse. In...[more]

The Finovate Report is a quarterly summary of the activity of more than 500 alums worldwide. It also includes a summary of the seventh annual FinovateFall which took place in New York City in September.[more]

Our 19th annual Remote Banking Planning Guide is packed with more than 1,000 ideas, tactics, and tips you can use to improve the effectiveness and profitability of your online initiatives. The information is organized by product within the two major retail banking segments: consumers and small/microbusinesses. To help...[more]
« Previous 1 2 3 4 5 6 … 17 Next »

This site uses functional cookies and external scripts to improve your experience. Which cookies and scripts are used and how they impact your visit is specified on the left. You may change your settings at any time. Your choices will not impact your visit.
Privacy Policy

NOTE: These settings will only apply to the browser and device you are currently using.